www.reuters.com   | 20.01.2013.
WASHINGTON (Reuters) - Top policymakers at the Federal Reserve felt for most of 2007 that problems in housing and banking were isolated and unlikely to tear down the U.S. economy as they ultimately did. 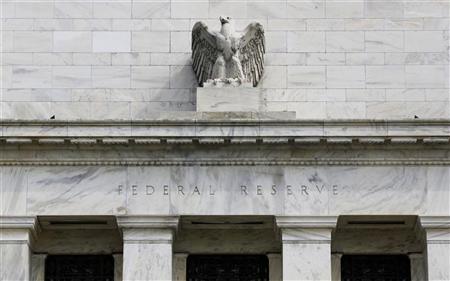 Even as crisis signals started flashing red with the freezing of credit markets during the summer, Fed officials believed the troubles would be moderate and short-lived, according to transcripts of the 2007 meetings released on Friday after the customary five-year lag.

U.S. Treasury Secretary Timothy Geithner, then president of the New York Federal Reserve Bank, said during an emergency telephone call on August 10 of that year that most of Wall Street was still doing fine.

"We have no indication that the major, more diversified institutions are facing any funding pressure," Geithner said according to the transcripts, which total 1,370 pages. "In fact, some of them report what we classically see in a context like this, which is that money is flowing to them."

"I do not expect insolvency or near insolvency among major financial institutions," he said in December 2007.

By then, the Fed had already launched emergency liquidity measures and begun cutting interest rates, which by December of 2008 would be brought all the way down to effectively zero.

Eventually, the financial meltdown would come to threaten all of Wall Street's powerhouses, including Goldman Sachs Group Inc and Morgan Stanley. It led to the failure of Lehman Brothers, the massive bailout of insurer American International Group Inc and the government takeover of mortgage giants Fannie Mae and Freddie Mac.

The combined effects of the housing crash with the credit crunch helped push the country into its worst recession since the Great Depression, with output shrinking during 2008 and the first half of 2009.

William Dudley, who replaced Geithner as head of the New York Fed, but at the time headed its market operations desk, cited Washington Mutual and Countrywide - two firms that eventually collapsed - as trouble spots during the August phone call.

After the call, the Fed announced it was prepared to provide funds for banks to calm the growing financial storm, marking the start of the Fed's crisis response. An increasing number of banks had pulled back on lending to counterparty banks out of concern they might not get paid back.

Earlier in 2007, the Fed had been sailing head on into the financial crisis apparently unaware of what was about to happen.

The year started off with officials citing inflation risks and the Fed's policy committee would maintain a bias for tighter monetary conditions - a signal they were more likely to raise interest rates than lower them - into August, when the crisis really began to erupt.

"We're not seeing anything out of the ordinary or a persistent pattern, and that gives me more confidence that nothing really bad is going to happen here," Fed Governor Frederic Mishkin said at a January 2007 meeting.

By May, growing stress in the housing and subprime mortgage markets had emerged as the economy's biggest threat.

While policymakers were split on whether home prices would ultimately stabilize or decline, the general mood was that the economy would pull through without much pain.

"Housing remains weak, and it is the greatest source of downside risk. Whether the demand for housing has stabilized remains difficult to judge, in part because of subprime issues," Bernanke said.

The Fed began an unprecedented monetary easing campaign in August 2007, but failed to fully appreciate the magnitude of the problem arguably until a year later, when the failure of Lehman Brothers accelerated the financial meltdown.

As global trade flows collapsed in the fall of 2008, central bank officials began to see just how deep the economic damage was. That realization prompted Bernanke to test some of the unconventional recession-fighting tools he touted as an academic and student of the Great Depression, including the asset purchases that are now a central part of the Fed's operations.

Not only did the Fed chop benchmark interest rates to near zero, it eventually purchased more than $2 trillion in mortgage and Treasury securities in an effort to bring down long-term borrowing costs as well.

As 2007 drew to a close, the massive and lasting nature of the underlying financial problems was becoming more clear.

"I do think that the deterioration of the financial markets since we last met has been quite remarkable and quite profound," Fed Governor Kevin Warsh said in December.

The Fed has been in crisis-fighting mode ever since, even though the economy began to turn around in the summer of 2009. Unemployment has come down sharply from a peak of 10 percent in reached in October 2009, but remains at a historically elevated 7.8 percent.

Just last month, the Fed decided to extend its bond-buying stimulus at a monthly pace of $85 billion. But with the economy recovering, albeit too slowly to make substantial progress on unemployment, there are growing doubts within the central bank about the efficacy and possible risks of unorthodox monetary policies.

The U.S. economy expanded at a 3.1 percent annual rate in the third quarter, but was seen barely scraping by at a pace below 2 percent in the final months of 2012.