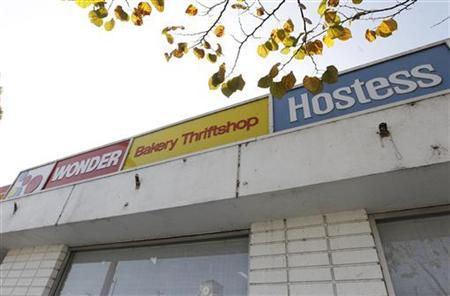 New York-based Gordian, which has no institutional loyalties to funds or bondholders in Hostess, will provide conflict-free advice for the welfare of the company's workers, The Bakery and Confectionery Union and Industry International Pension Fund (Bakers Fund) said.

Mexico's Grupo Bimbo (BIMBOA.MX) and a partnership between Apollo Global Management (APO.N) and veteran food executive C. Dean Metropoulos are among the leading candidates to buy Hostess Brands Inc's snack cake brands, according to three people familiar with the matter.

In a separate announcement earlier this month, Hostess said Flowers Foods (FLO.N) agreed to pay $390 million for Hostess's Wonder and other bread brands, including Nature's Pride and Butternut. That sale is still subject to a court-supervised auction.

The Bakers Fund said it intended to hold direct discussions with the bidders for Hostess and had chosen Gordian to advise it on the basis of the investment bank's track record in distressed financial situations.

"The Bakers are here to work with bidders in any way as our sole goal is to maximize jobs and pension benefits for our members," said David Durkee, who is chairman of the Bakers Fund.

"We are looking to support and work with well-capitalized bidders," said Durkee, also President of the Bakery, Confectionery, Tobacco Workers and Grain Millers International Union.

Hostess, maker of the iconic Twinkies and Ding Dongs, expects to announce by January 25 a so-called stalking horse bidder that would set a baseline for an auction and guarantee a buyer, said people familiar with the matter.

The sale, which could raise around $400 million or more according to one of the sources, is part of the company's bankruptcy reorganization. Hostess decided to shut down its business and liquidate after a strike by its bakers' union crippled the 82-year-old company.

Grupo Bimbo, the world's largest bread maker, already has a large U.S. presence with Entenmann's baked goods, Thomas' English Muffins and Sara Lee bread. It had also bid for Hostess' bread business but lost out to Flowers in the race to become the opening bidder.

The auction is being run by Joshua Scherer of Perella Weinberg Partners.