www.reuters.com   | 21.01.2013.
FRANKFURT (Reuters) - The European Central Bank's demand for governments to reform their economies as a condition for the ECB buying their debt could compromise central bank independence, governing council member Jens Weidmann was quoted as saying on Monday. 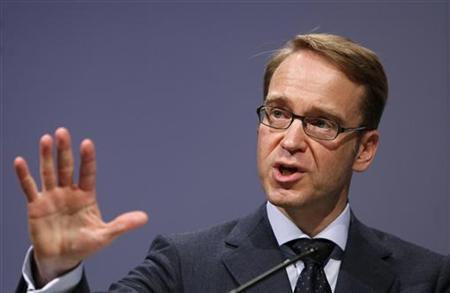 Weidmann, who also heads Germany's Bundesbank, was the only ECB policymaker to vote against the Outright Monetary Transactions (OMT) program, which enables the ECB to buy government bonds of heavily-indebted countries against reform promises.

Commenting on the reform conditions in the yet-to-be-activated OMT program, Weidmann told Swedish daily Dagens Nyheter: "It is an attempt to get governments to tackle the causes."

"This makes it dependent on governments, which is problematic," he said.

He made the comments in a joint interview with Finnish newspaper Helsingin Sanomat. On its website, the Finnish paper reported on Sunday he warned against relying on the ECB as the only crisis manager.