www.reuters.com   | 17.01.2013.
LONDON (Reuters) - The gas installation where dozens of foreign gas industry workers were being held hostage on Wednesday is their home as well as their workplace. 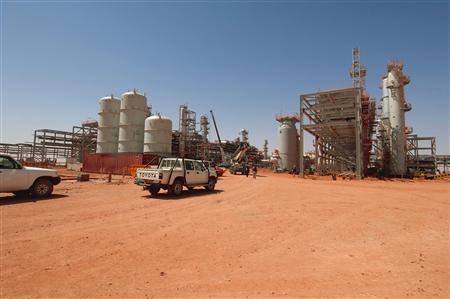 Algerian state oil company Sonatrach's base in Tigantourine, the site of the kidnapping according to the Algerian interior ministry, lies about 25 km (15 miles) southwest of the town of In Amenas, a settlement of about 5,000 people near the Libyan border surrounded by oil and gas production facilities.

The capital Algiers is 1,300 km to the north. Further west and south lies little but desert for hundreds of kilometres as far as the borders with Mali and Niger, countries which have seen kidnappings by al Qaeda-linked Islamists and criminal gangs since 2007.

"Once you are there on site you don't go wandering about," said an oil industry source.

The In Amenas gas project is run by Sonatrach, the British oil company BP (BP.L), and Statoil (STL.OL) of Norway. BP first worked in Algeria in the 1950s and returned in the late 1990s at the end of a long period of bloodshed and upheaval. The British company considers itself the largest foreign investor in Algeria.

According to BP's website, the In Amenas venture, one of the largest "wet gas" projects in Algeria, consists of a permanent accommodation camp and utility buildings where workers are engaged in adding extra compression to maintain gas output levels.

The project is in the process of adding a new "slugcatcher" - a system that separates liquids from gas to prevent overload of a connected gas pipeline.

In Amenas produces 9 billion cubic metres of gas a year(160,000 barrels of oil equivalent per day), more than a tenth of the country's overall gas output, and 60,000 barrels a day of condensate - a liquid often found with gas.

The kidnappers were said to be holding up to 41 foreigners at Tigantourine after a dawn raid, including seven Americans. The raiders were also reported to have killed three people, including a Briton and a French national. (Reporting by Andrew Callus; editing by Andrew Roche)