www.reuters.com   | 17.01.2013.
BERLIN (Reuters) - Berlin's delay-hit international airport is not likely to open until 2015, the airport's technical chief was quoted as saying on Wednesday, more than three years later than original plans envisaged for what was meant as the capital's flagship project. 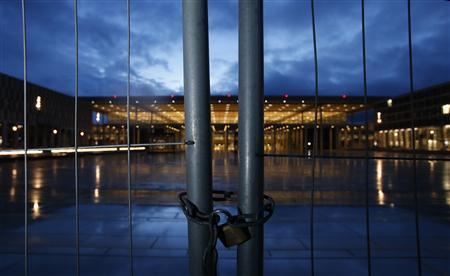 Already 20 years in the planning when construction began in 2006, the opening date has been postponed a number of times from an original 2008 due to problems with the fire-safety system and other building issues.

"I expect it more likely to be 2015," the airport's technical director Horst Amann, who took office last August, was quoted as saying on ZDF public television.

Tegel airport - one of three in the German capital that Berlin International is meant to replace - was built in just 90 days during the Cold War.

Sixty years after that feat, the protracted struggle to open the new airport has exposed the inefficiencies of a country weighed down by regulations and layers of bureaucracy.

Berlin Mayor Klaus Wowereit stepped down as the head of the board overseeing the building of the airport last week and calls have emerged for him to step down as mayor, too.

Brandenburg state premier Matthias Platzeck took over as board chief on Wednesday but many politicians, including Finance Minister Wolfgang Schaeuble want an expert, rather than a politician to be in charge. (Reporting by Annika Breidthardt; Editing by Alison Williams)