www.reuters.com   | 17.01.2013.
MADRID (Reuters) - Spain hosted 1.2 million more foreign tourists in 2012 than the previous year, the government said on Wednesday, thanks to more visitors from emerging markets like Russia and Brazil, political unrest in North Africa and a relatively weak euro. 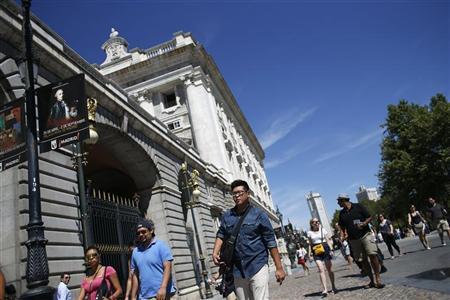 Tourism accounts for around 11 percent of gross domestic product (GDP) in the euro zone's fourth-largest economy and is one of the few areas of growth in a country blighted by a severe recession and 26 percent unemployment.

Domestic tourism remained steady in 2012 from the year-ago period.

"2012 has been a good year ... and the number of tourists, spending and overnight stays will also increase in 2013," said Industry Minister Jose Manuel Soria.

Just under 58 million international tourists visited Spain in 2012, and they spent 6 percent more there than the previous year at 56 billion euros - nearly 1,000 euros per person.

More Germans and French visited, and the number of Russian tourists jumped 41 percent from 2011.

Spain is one of the world's top tourist destinations, although it was ousted from its No. 3 ranking for international arrivals in 2010 by China.