﻿﻿﻿ US safety official says unclear when 787 will fly again

US safety official says unclear when 787 will fly again

www.reuters.com   | 19.01.2013.
WASHINGTON (Reuters) - U.S. Transportation Secretary Ray LaHood said on Friday that the Boeing Co 787 Dreamliner jets will not fly again until authorities are "1,000 percent sure" they are safe. 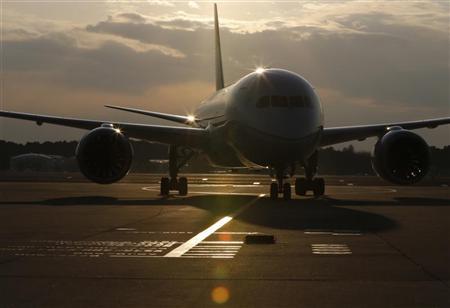 He said authorities must first fully investigate the batteries linked to recent incidents, and he could not predict when flights would resume.

The U.S. Federal Aviation Administration on Wednesday temporarily grounded the 787 after a second incident involving battery failures caused one of the Dreamliner passenger jets to make an emergency landing in Japan.

The grounding came less than a week after Boeing and U.S. federal authorities reassured the public of the safety of the new-generation plane.

During a press conference last week LaHood went as far as to say he would have "absolutely no reservations about boarding one of these planes and taking a flight."

When pressed by reporters on Friday about whether he regretted his prior statements, LaHood said, "Last week it was safe."

What has changed since then, he said, is the fact that another incident occurred involving the lithium-ion battery installed in 787s. Such batteries pack more energy and weigh less but are also potentially more volatile.

"The reason that we grounded it is because we did further consultation with Boeing and there was another incident," LaHood said. "So those planes aren't flying now until we really have a chance to examine the batteries. That seems to be where the problem is."

He said safety authorities, working with experts who helped design and inspect the plane, were closely investigating the jet's battery.

"These things take time... We just have to be patient here," said LaHood, who spoke on the sidelines of a U.S. mayors' conference in Washington. (Editing by Gerald E. McCormick and Nick Zieminski)