www.reuters.com   | 19.01.2013.
SINGAPORE (Reuters) - Thailand's third richest man has raised his takeover offer for Singapore's Fraser and Neave Ltd , valuing the property and drinks conglomerate at nearly $11.3 billion, a move to fend off a rival bid from a group run by Indonesian tycoon Stephen Riady. 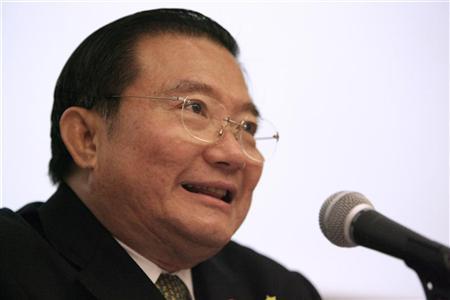 A formal auction will begin on Monday if neither bidder declares a final offer, according to rules set by Singapore's securities regulator, the Securities Industry Council (SIC). The regulator stepped in this month to try to end the takeover battle that was sparked in July when Charoen bought a 22 percent stake in F&N from Singapore's OCBC group.

"It is unprecedented to go down the road of an auction of this format in Singapore," said David Smith, head of corporate governance at Aberdeen Asset Management Asia Ltd.

Charoen acquired an additional 90.8 million shares, or a 6.3 percent stake in F&N, at S$9.55 each on Friday. The move raised his total stake in F&N - held through TCC Assets Ltd and Thai Beverage PLC (TBEV.SI) - to 40.45 percent, including acceptance from shareholders. Charoen's previous offer was S$8.88 per share.

The Thai gambit puts the pressure on the Overseas Union-led consortium to respond by either declaring a final offer or withdrawing from Southeast Asia's largest ever corporate acquisition. If it comes to an auction, both sides must revise their offers in cash and without conditions, until a final winning offer is accepted or until the securities watchdog steps in.

At stake is a 130-year-old group with property assets worth more than S$8 billion as well as soft drinks, dairy and publishing businesses.

Members of the Overseas Union-led consortium, including U.S. hedge fund Farallon Capital Management LLC, spent Friday night discussing their next move, according to a source with direct knowledge of the matter.

The SIC, which presides over takeovers and mergers in Singapore, has 16 members drawn mostly from the private sector, including industry representatives, financial professionals and legal experts.

The auction structure is similar to the one proposed to resolve the stalemate between Royal Dutch Shell Plc (RDSa.L) and Thailand's PTT Exploration and Production PLC PTTE.BK as they battled for control over Cove Energy PLC COVE.L. The Thai energy company ultimately won.

Charoen, worth $6.2 billion according to Forbes, is pitted against Overseas Union's chairman, Riady, who is also the president of the Lippo group of companies founded by his father Mochtar Riady.

In the fight for F&N, Charoen has extended the deadline of his previous offer seven times and the Overseas Union group twice. The multiple extensions have tested the patience of F&N shareholders.

Hedge funds have piled into F&N, whose shares trade above Charoen's offer price in expectation of a protracted bidding war.

Kirin Holdings Co Ltd (2503.T), F&N's second-biggest shareholder with a stake of around 14.8 percent, has given its conditional support to the Overseas Union group.

The Japanese brewer will offer to buy F&N's food and beverage business for S$2.7 billion if the Overseas Union group's bid is successful. JP Morgan's valuation of that unit is S$1.88 billion to S$3.82 billion.

If Charoen wins control of F&N, analysts say he is likely to use F&N's distribution network in Singapore and Malaysia to sell his other products, and to market F&N brands in Thailand, where he already has an edge.

F&N is the leader in the soft drinks markets in Malaysia and Singapore, with a 31.3 percent and 21.4 percent market share, respectively, according to research firm Euromonitor.