﻿﻿﻿ Goldman officials get over $100 million in stock-filings

Goldman officials get over $100 million in stock-filings

www.reuters.com   | 19.01.2013.
(Reuters) - Goldman Sachs Group Inc awarded 22 senior executives and board members more than 736,000 restricted shares worth nearly $104 million as part of their 2012 bonuses, according to securities filings on Friday. 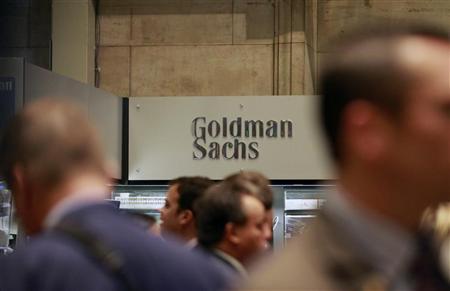 Goldman Chief Executive Lloyd Blankfein received 94,320 restricted shares, according to a filing with the U.S. Securities and Exchange Commission on Friday. The shares were worth $13.3 million as of Goldman's closing price of $141.01 on Thursday, when the shares were granted.

The award was 53 percent larger than the 61,702 restricted shares Blankfein received last year when Goldman's shares traded at $113.45.

But Blankfein did not get the biggest award. Vice Chairman Michael Sherwood, who is co-head of Goldman's international division, received 109,461, according to a separate filing. That award was worth $15.4 million as of Thursday's closing price of $141.01.

The stock awards for executives will be delivered in three equal installments through 2016 and generally cannot be sold for five years. For board members, the shares will be delivered on the first trading day of the third quarter the year after they retire.

Goldman's 10 board members also received restricted stock awards ranging from 589 shares worth $83,055 for Mark Tucker, the CEO of the Asian life insurer AIA Group Ltd, who joined Goldman's board in November, to 3,829 shares worth roughly $539,927 for lead director James Schiro.

Altogether, the directors received 28,741 restricted shares worth $4.1 million on Thursday, when they were granted.