www.reuters.com   | 19.01.2013.
(Reuters) - Morgan Stanley Chief Executive James Gorman said the bank has turned itself around and can meet its goals for profitability, his boldest pronouncement yet about the near-term potential for a company that has long lagged its peers. 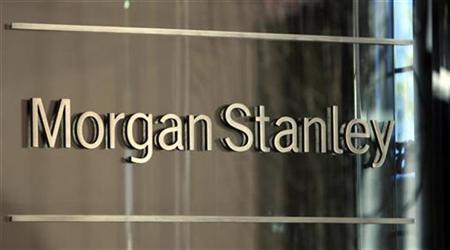 The investment bank and wealth manager on Friday posted fourth-quarter earnings that beat analysts' average estimate by a wide margin, helped by a big jump in trading revenue and stronger performance in its wealth management group.

Morgan Stanley's fixed-income trading business performed worse than its rivals, and its overall return on equity, a measure of how efficiently the bank wrings profit from shareholder money, was less than half that of Goldman Sachs Group Inc. But Gorman told investors the bank was "working aggressively" to improve its return on equity.

In current market conditions, the bank's return on equity can reach 10 percent, Gorman said on a conference call. Analysts said the figure is the bare minimum that many investors demand, but it is far above Morgan Stanley's recent performance, and Gorman's statement marks the first time Morgan Stanley has said it can meet that goal even if business doesn't pick up.

"After a year of significant challenges, Morgan Stanley has reached a pivot point," Gorman said in a statement. "Our firm is now poised to reach the returns of which it is capable on behalf of our shareholders."

Morgan Stanley's stock climbed as much as 8.2 percent on Friday, to $22.46, the highest price since August 2011 and marking the biggest intraday jump since June, before closing at $22.38.

The wealth management division is closely watched by investors because Gorman is staking the future of the bank on it, arguing that more stable returns there will help offset volatility from trading and investment banking.

Morgan Stanley is one of several Wall Street banks using layoffs and compensation cuts to help boost its bottom line. The firm paid out 44 percent of adjusted revenue to employees in its securities and investment banking business last year, down from 53 percent in 2011, Chief Financial Officer Ruth Porat said in an interview.

Across the entire company, compensation costs fell by $711 million, or 4 percent, in 2012 as Morgan Stanley cut nearly 5,000 employees from its payroll.

One senior employee might decide to leave. The Obama administration is considering Porat for a position as Treasury deputy secretary, a source familiar with the matter told Reuters, which could leave Morgan Stanley shuffling the decks in top management. Porat would not comment.

Excluding a charge related to changes in the value of Morgan Stanley's debt, the bank earned $894 million, or 45 cents per share. On that basis, analysts' average forecast was 27 cents per share, according to Thomson Reuters I/B/E/S.

In sales and trading, adjusted revenue more than doubled from a year earlier, to $2 billion from $867 million. Fixed-income, currency and commodities trading revenue was $811 million, adjusted for accounting charges, compared with a loss of $493 million a year earlier.

The division suffered because of historically weak revenue in commodities trading, which faced unexpected price movements related to weather and lower prices in its storage business. The unit reported its worst results since 1995, Gorman said on CNBC.

Curbs on banks trading with their own money and the impact of fracking lowering prices for certain commodities have eaten into banks' profits in commodities, a once-lucrative trading business for Wall Street.