﻿﻿﻿ Weidmann says ECB is not the only crisis manager: paper

Weidmann says ECB is not the only crisis manager: paper

www.reuters.com   | 20.01.2013.
(Reuters) - Bundesbank chief Jens Weidmann warned against relying on the European Central Bank as the only crisis manager, telling a Finnish newspaper that its bond buyback program me was risky. 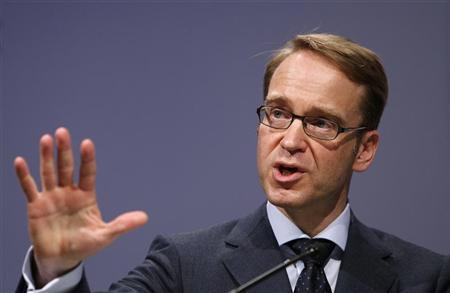 "Central banks in recent years have been pulled into the role of a crisis manager. Some think that central banks are the only able ones. I consider this thinking wrong and dangerous," Weidmann, also ECB Governing Council member, told Helsingin Sanomat in an interview.

His comments were published in Finnish on the newspaper's website on Sunday.

Weidmann reiterated his criticism of the ECB's program of buying bonds on the secondary market of highly indebted euro member states.

"The program can bring considerable risks to the monetary policy. Those risks now have to be limited and prevented," he was quoted as saying.

Weidmann said the greatest risk is that the cheaper financing takes away the incentive for fiscal reform.

"Monetary policy can only buy more time. It is like a painkiller which will not erase the reasons but can cause risks and side effects," he said.

He also warned against Europe depending on the ECB to supervise banks in the banking union.

"That would mask the conflict of interest between the supervision task and monetary policy. I hope that the ECB would only serve as a helper," he said.