www.reuters.com   | 20.01.2013.
TOKYO (Reuters) - Japanese Economics Minister Akira Amari said on Sunday that the government and the Bank of Japan were getting closer to an agreement on a joint statement on monetary policy expected to be issued next week. 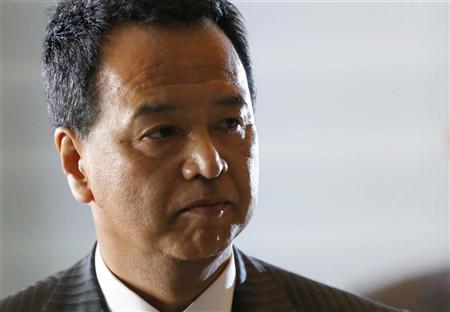 The government has been pressuring the BOJ to adopt a 2 percent inflation target and make job creation part of its monetary policy mandate.

"(A difference between )the government and the BOJ is narrowing about the contents of the joint statement, but I can not disclose details," Amari told public broadcaster NHK.

"It is obviously necessary to share common policy goals between the government and the BOJ and strengthen cooperation."

Amari said it was important to try to beat deflation by setting up inflation goals.

Sources familiar with the BOJ's thinking told Reuters that the government and the BOJ had agreed to set 2 percent inflation as a new target at its next rate review on January 21-22, when the central bank will also consider making an open-ended commitment to buy assets until the target is in sight.

Amari also said the joint statement would likely not include the phrase "long-term" to describe the timeline for achieving the inflation target.