www.reuters.com   | 21.01.2013.
PARIS (Reuters) - French Finance Minister Pierre Moscovici said on Sunday that he expected Dutch counterpart Jeroen Dijsselbloem to be appointed Eurogroup chief, suggesting Paris had bowed to the inevitable despite reservations about him. 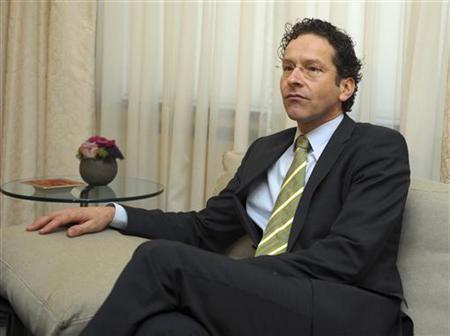 Just last week, Moscovici told a German newspaper he needed to know more about the Dutchman's agenda and suggested that the appointment might not be made before February at the earliest.

He acknowledged for the first time on Sunday however that the Dutchman was set to be selected on Monday, when euro zone finance ministers meet in Brussels.

Moscovici, interviewed on French television, said he hoped Dijsselbloem would promote Europe with as much commitment as outgoing Eurogroup chief Jean-Claude Juncker did over the past eight years.

"I maintain a request that he spell out his vision of what he expects for Europe. That's the least we should expect - that Mr. Dijsselbloem tell us what he expects and wants," Moscovici said in an interview on TV5 television channel.

The French minister's own name did the rounds in the media at one stage as a possible candidate for the job of Eurogroup chief, a post that involves chairing monthly meetings of finance ministers and representing them internationally.

"It won't be me. I was never a candidate for this post," Moscovici said.

"It will in all likelihood be Mr. Dijsselbloem. That should be endorsed tomorrow."

Moscovici said he hoped the Dutchman would "continue in the tradition of Mr. Juncker", stressing the latter did a good job of taking account of the crucial roles of France and Germany.

On economic growth, Moscovici said the outlook for the euro zone as a whole was "extremely weak" for 2013, which he said he hoped would be a transition year before a broader pickup.

"The euro zone as a whole may be in recession. It will not be France's case and I maintain my forecast of 0.8 percent growth (in 2013)," Moscovici said.

He said he hoped France would be able to deliver on President Francois Hollande's objective of reversing an upward trend in unemployment by end-2013, adding: "I know it's ambitious."